Sorry I haven't posted anything in a while. Sometimes it's hard to find new material.

Here's a cool video of Jensen from Jus In Bello 2015, talking about working with practical special effects on SPN and how there's been some improvements over the years. Sounds like he had a couple of close calls!

Like the video with Jensen, there's no spoilers here. Jared talks about how the show has survived for 11 seasons, the fandom, and his struggles with depression. There's also a neat visit to the prop department (mostly viewing the weapons).

Found this video linked over on Twitter. There's an interview with Jensen mixed with a look at the Impala and the MOL Bunker set (who knew there were all those sigils in the library???). Nothing spoilery at all for Season 11, just cool insightful stuff. :)

The lovely Ruth Connell before a take. #slatelove

Spotted these pics on Instagram from the crew and had to share.
The second pic is very mildly spoilery for 11x10 so I'll hide that behind a cut in case anyone hasn't seen the episode yet. ;)

I'm a sucker for pics of the cameras they use on Supernatural so camera operator, Brad Creasser's pic has me geeking out. :P

Hanging out above the grid on stage. #spn #spn11 #arrialexaplus #spncrewphoto Source

I want to start posting more videos about life on the set of Supernatural.
Here's a collection of convention video clips (courtesy of Supernatural Conventions) of Jensen, Jared, Misha, and Felicia talking about some of the fight scenes.

Posting this a little late, but it's still the 17th here. ;)
Yes, this comm is 5 years old today...sadly, it's not active as it once was, but I'm hoping to get back to posting once again.

I know I tried last year with my whole posting-production-Tweets thing. Well, as it turned out I simply couldn't keep up with it on a daily or even weekly basis. Ah, such is life. It doesn't help that there haven't been as many Behind The Scenes production stills of the episodes as their used to be and with resources like andreas_ri gone it's been difficult finding new resources.

However, I still love this community and the idea behind it and I'm determined to resume posting here in some capacity....even if it's only once a week.

I thank you all for your continued support and patience! :)

Fan photo of Jensen during a break in the filming when he and Jared were speaking to all the extras out on location, many of which were fans of the show. 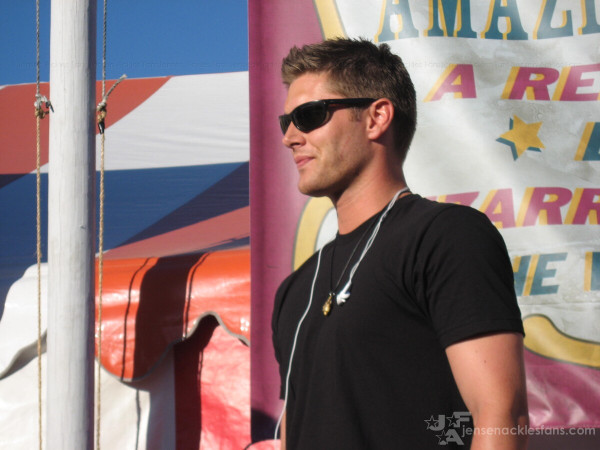 My apologies for falling way behind yet again. This is a big post, but it'll catch us up completely. Things were kind of quiet production-wise for a week or so there, but they're filming the big 11x04 episode so the Tweets have picked up again.

Obviously the material behind the cut is likely to be spoilerly, so click at your own risk.

Great image of guest stars Sarah Shahi and Ross Kohn in the studio surrounded by lights, bounce boards, and a Panavision camera (which was only used on the Pilot, since it was shot in CA).

Note: I know I haven't posted a new News From The Set lately, but things have been kinda quiet on Twitter production-wise. I'll update over the weekend. 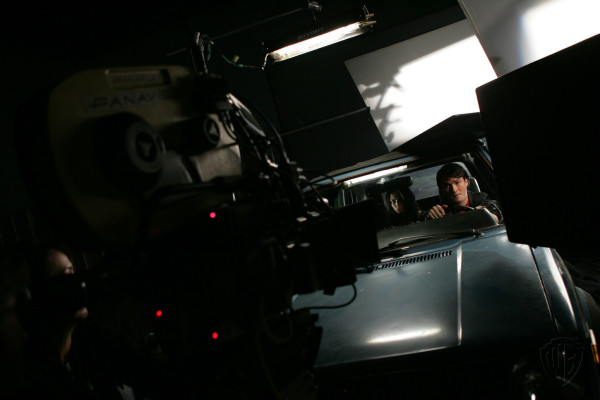